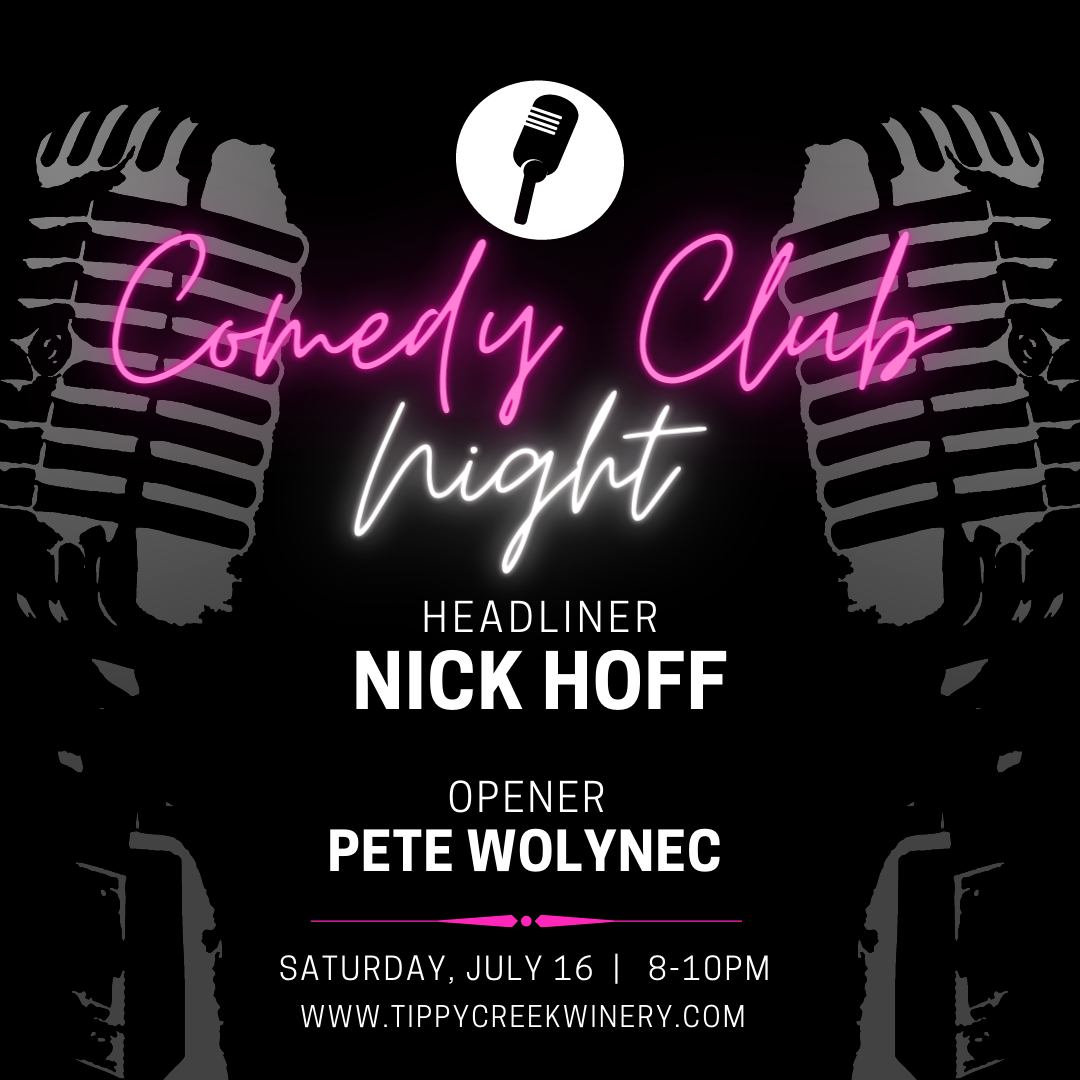 Join us on Saturday, July 16th from 8:00-10:00pm for Comedy Club Night Under The Stars at Tippy Creek Winery. Tickets: $20 per person Headliner: Nick Hoff Is a nationally touring

Join us on Saturday, July 16th from 8:00-10:00pm for Comedy Club Night Under The Stars at Tippy Creek Winery.
Tickets: $20 per person
Headliner: Nick Hoff

Is a nationally touring stand-up comedian whose album “Baby Daddy” hit #1 on the iTunes comedy charts . He has been on MTV, SiriusXM, and can often be seen in commercials for Miller Lite, Pepsi and Amazon where Nick has been cast by top directors in the business including Peter Farrelly, Craig Gillespie, James Mangold and Philip Seymour Hoffman. He has been a comedy writer for Life & Style magazine, as well as a featured act in Netflix’s Wild West Comedy Festival.

Nick was hand-picked by Jeff Foxworthy and Larry the Cable Guy to open for them on their critically acclaimed “We’ve Been Thinking” Tour. He has headlined the “Pink Ribbon Comedy Tour” which made stops in 40 cities doing 65 shows all raising money for breast cancer research. He was also part of the “Walk of Shame” national comedy tour, which was not quite so noble a cause.

Opening Act: Pete Wolynec
Got interested in performing comedy when he saw that he could make more money telling jokes than he made selling plasma – his plasma. Because selling someone else’s would just be wrong.

He keeps comedy audiences rolling with his pointed observations on getting older, smoking, marriage, and other aspects of the human condition.

Tickets must be purchased together if you wish to sit together!

Show is R-rated. No guests under the age of 21 permitted; valid ID required for admission.

Wine Flights will not be available for the show.